As food writer Joshua David Stein prepares to convert by taking the Vow of Refuge, he checks back in with Eric Ripert, the man who inspired him

The back wall of Le Bernardin, one of the world’s top fine dining destinations, is occupied by a 24-foot-wide painting of a roiling ocean called Deep Water No 1. The painting was placed there by the restaurant’s co-owner and chef Eric Ripert five years ago when the restaurant was renovated. Ripert bought the painting in 2011, nearly 20 years after he took over as head chef.

One might imagine the four stars from the New York Times, the three from the Michelin Guide, the white linen tableclothes, the sommelier with his silver tastevin around his neck and the oligarchic patrons might occasion staid flower oil paintings. But that’s not Ripert’s style at all.

As a restaurant critic and food writer, I had crossed paths with chef Ripert a few times. But it wasn’t until I sat down with him a few years ago, for an interview in his subterranean office deep in the restaurant’s bowels, that I understood how different his path and approach were from any other chef I had encountered.

I had heard Ripert was a Buddhist. But in a world where statues of the Buddha are omnipresent in nightclubs and spas, it didn’t register as meaningful. I should have noticed the painting. Vast, ungraspable and ever changing, oceans are powerful metaphors in Buddhism. In fact, His Holiness the Dalai Lama, of whom Ripert is a dedicated follower, translates from the Tibetan as Ocean Wisdom.

And Ripert, as I soon found out, is a true believer in this wisdom. He is, as far as one can measure these things, an advanced Buddhist practitioner. 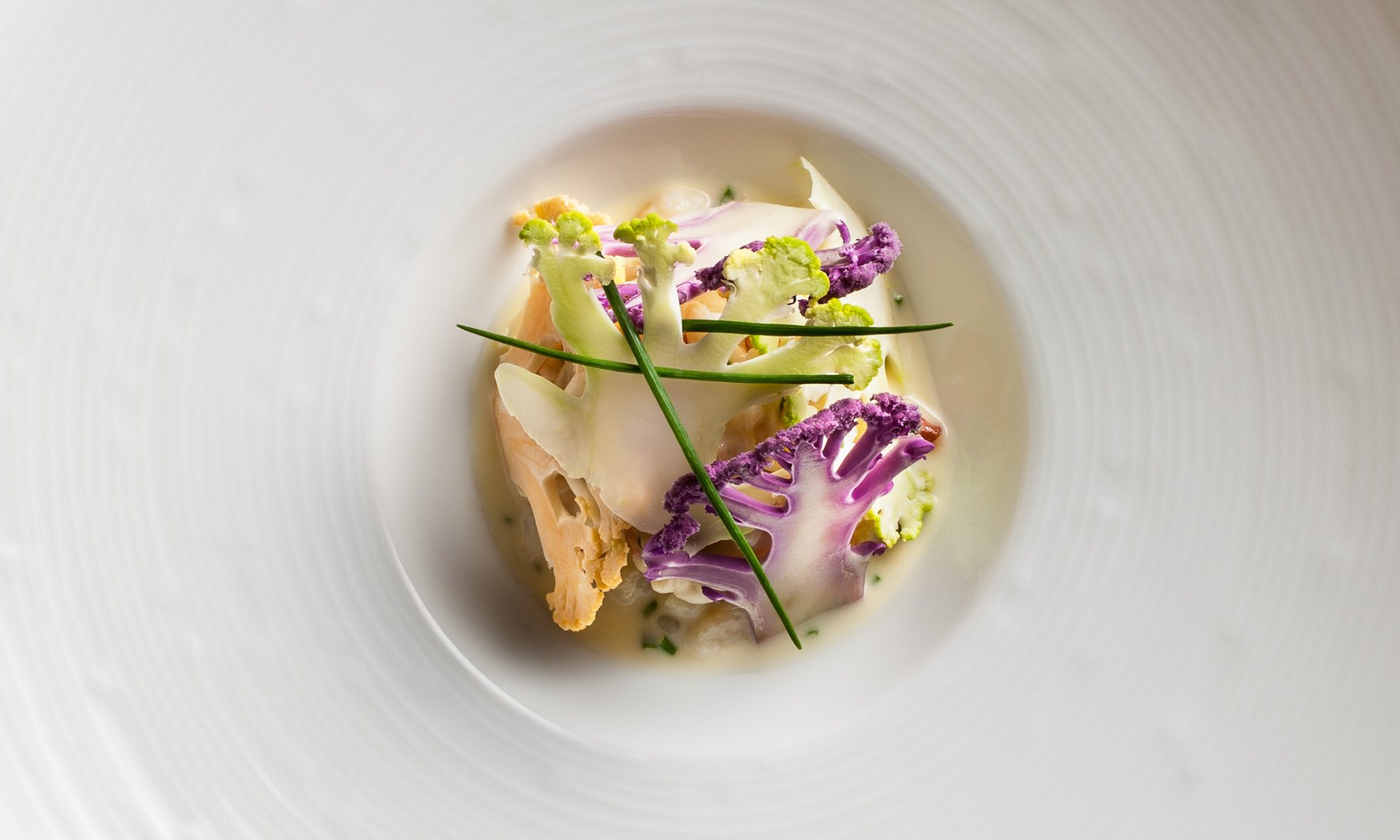 The first inkling I had of Ripert’s beliefs was when we were discussing anger. It was 2010, the height of the bad boy chef thing. We were at peak kitchen rage, with David Chang, Anthony Bourdain (both good friends of Ripert) and Gordon Ramsay making waves, personifying a type of shouty genius that captured the public imagination.

I asked Ripert, who had trained in the quasi-militarized kitchen hierarchy called the brigade, whether he too was an angry chef. He paused for a moment then said, “I was. But like I tell my son, ‘No one is happy to be angry.’” Anger is a sign of weakness, not of strength, he told me. This was among the tranche of realizations he said he had had since discovering the Buddhist path 20 years prior.

I quickly realized during this interview that I was talking about myself probably a little too much. I was newly married, not very happy and frequently overcome by anger, and Ripert’s words had the stern resonance of truth. Our conversation turned from canapes to esoteric truths of emptiness and suffering. It was a conversation that profoundly affected me. It was an awakening.

Ripert’s own moment of realization came as a young chef at the 400-year-old Parisian restaurant La Tour D’Argent. “I was a young, successful, supported chef, making a good living but I was miserable,” he said. “I asked myself what I could do to stop this mental misery. I tried imagining something beautiful, a flower. And I couldn’t even do that. That’s when I knew I needed to change.”

Ripert found a copy of the Dalai Lama’s acceptance speech for the Nobel Peace Prize, and he was off. “I didn’t understand all of it,” he said, “but it made sense to me and it began to change my life.”

In the two decades since, Ripert’s commitment has deepened. Today he is an accomplished student in the Gelukpa School of Tibetan Buddhism, has studied numerous times with the Dalai Lama, maintains a meditation room in his house and receives private meditation instruction from a Nepalese monk.

For my part, that conversation spurred a spiritual awakening that has become, over the course of the last five years, increasingly important to me. As I prepare to formally convert to Buddhism by taking the Vow of Refuge – it’s actually not that hard but it is serious – I wanted to check back in with Ripert, the man who started me off on the path.

I spent a service in the crucible of the line at Le Bernardin, to find out how a Buddhist act in the high pressure environment of a professional kitchen in New York City. The answer is, perhaps unsurprisingly, with gentleness and with nearly none of the most identifiable ingredient of so many chefs’ kitchens: ego.

By the time dinner service begins at Le Bernardin, the staff have been hard at work since daybreak. Some men – like the longtime fish butcher Justo Thomas – are already gone. Others, such as saucier Vinnie Robinson, have been shepherding stocks, kept simmering in massive stock pots, for 72 hours. The kitchen at Le Bernardin is sprawling and state of the art. A central line of Waldorf stoves is surrounded on either side by more cooks. Each station is dedicated to a specific task: raw fish, cold apps, meats, sauces, etc. “I am very lucky,” says Ripert, “because it doesn’t get much better than this.”

Presiding over it all, calling orders, or “tickets” to the crew and to the waitstaff when they’re ready, is the chef, who stands like a sentry at the pass. The pass is the kitchen equivalent of the cockpit or the Rubicon. It separates the chaotic space where food is made from the relatively calm service pathway and the even more serene dining room.

Ripert is rarely at the pass himself. He leaves that to his six sous chefs. Tonight culinary director Chris Muller who, like Ripert, covers his intense focus and uncompromising standards in a soft quietness, assumes the position.

No matter how well organized, a kitchen can be a vicious place. At Le Bernardin, there is pressure and there is action. There is smoke and there is fire – but there is no fear. Mistakes are made but when an order of dover sole arrives at the pass with a swirl of chardonnay-shallot emulsion, Muller tastes it then says, evenly without ire, “Watch the salt, bro.”

From the line comes a serious, “Oui, chef.”

When Ripert arrives on the floor, he doesn’t meddle with the cooks on the line, though it is his right to. He knows too well that the kitchen operates best with a strict sense of order. “For myself I need structure,” he explains, “and I want it for the cooks too. It allows them to relax.” Poking a piece of monkfish with a silver chopstick, Ripert grimaces slightly then walks over to Muller and says: “That fish is raw.” Muller, in turn, gently corrects the wiry youth at the fish station who wipes his brow with a towel and nods quickly before turning back to the range.

Ripert describes his style as compassionate and kind. But, he says, “kindness does not mean I’m going to hug you.” Instead, he says, it means “I’m going to observe where your weakness is and I’m going to reinforce you. I’m going to make sure that you are taken care of during your stay here and if you struggle in anything, I’m going to guide you.” 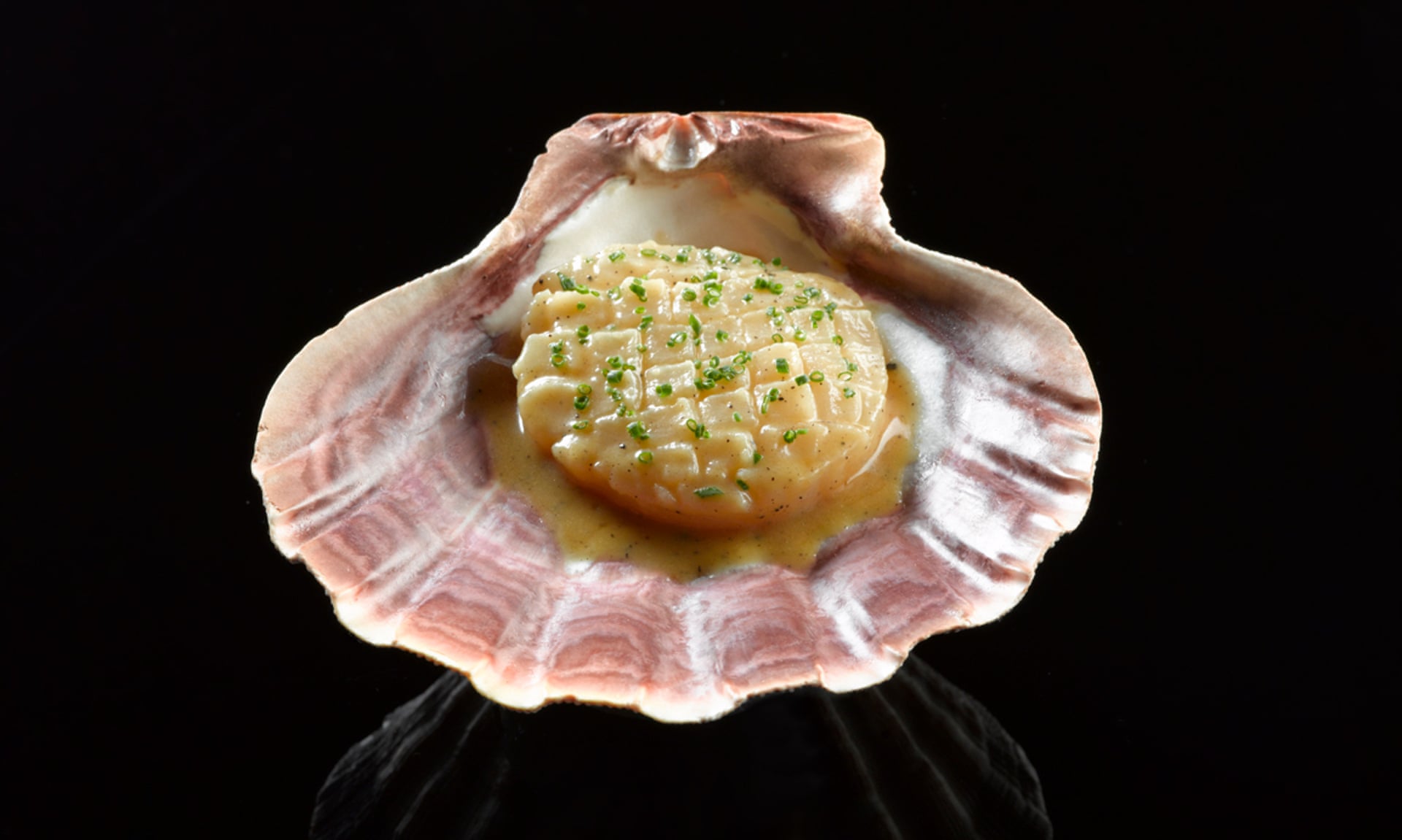 According to Ripert, his approach isn’t explicitly Buddhist. “It’s just a compassionate approach to business.” However, he says, there is an added element of seriousness from a Buddhist perspective.

“The idea of Buddhism is to free oneself from the cycle of suffering and then help all sentient beings to be free,” he says. So to the extent that he engages in what are called the three kleshas – or poisons – of ignorance, attachment and aversion, he is hindering his own enlightenment and therefore the enlightenment of all other sentient beings. Yelling at a cook over a poorly prepared piece of fish isn’t just bad business practice. It’s an action with serious karmic implications.

But, then again, so is poorly preparing a piece of fish. One of Buddhism’s core principles is to refrain from taking life. As a chef, this is something with which Ripert routinely struggles.

“This is still a conflict for me,” he told me, “that we have animals who die to create pleasure for people in a luxurious atmosphere.” This, he says, adds a level of responsibility not to foul up that sacrifice by mindlessly preparing it. “We take the life of animals for this,” says Ripert, “so it’s not just like an ingredient. You’re working with something that was precious, so therefore you use all your talents, all your mind, all the craftsmanship, everything, to pay respect. “

It’s 8.30pm, at the height of the dinner rush. The kitchen is vibrating with energy. Ripert chats with Muller at the pass. A rectangle of poached halibut arrives on a small silver tray from the once-chastened fish cook. Muller and Ripert inspect it. It’s perfect, moist yet not overly done. Muller places the piece of fish in the belly of a deep porcelain dish. A carefully placed scattering of manila clams and chanterelles surround it.

Muller pushes it across the pass where it will get picked up and transported to be returned to dining room, to be eaten and enjoyed under the gaze of the great ocean.

READ ON THE GUARDIAN