By now, the oversized celebrity-chef signs that gazed down upon the thousands of attendees to the New York City Wine & Food Festival have been rolled up and stored away. The thousands of industrial-sized black plastic trash bags have been filled up and carted to the landfill. The cavernous West Side pier in which the festival took place has been cleared out for an antiques show, and the hangovers have faded. Now, after this fury of consumption and indigestion has subsided, now that we've all napped, all there is left to do is think.

The question that keeps arising in my mind isn't whether the festival is fun or not. It's not whether Long Island's BBD's deserved to be coronated the winner of Friday's marquee event, the Blue Moon Burger Bash (presented by Pat LaFrieda Meat Purveyors, hosted by Rachael Ray), or even how the much-maligned Fat Jew fared at his infamous alt-less Ramen Party. The question to which I keep returning is whether this food festival in particular, and those like it, are fundamentally a good thing or a bad thing.

What a strange, uncharitable question to ask of a festival whose do-gooder streak is spotlit so hard. After all, the festival has raised over $8.5 million over the last 14 years, for charities such as Food Bank of New York and No Kid Hungry. And yet, every year I've gone, I leave with a terrible taste in my mouth. I think I've finally discovered what put it there. The last time charitable giving has been used so cynically and blatantly to excuse morally suspect behavior was the selling of indulgences by the Catholic Church — and that caused that Protestant Reformation.

"The festival has raised over $8.5 million over the last 14 years for charity, and yet, every year I’ve gone, I leave with a terrible taste in my mouth."

There are over 100 events, for each of which guests can pay up to $350 to attend, with titles like the Jam and Chutney Making with Beth's Farm Kitchen, part of Anolon Gourmet Cookware's Artisanal Cooking Series at Home Studios, the Grand Tasting presented by ShopRite featuring Samsung® Culinary Demonstrations presented by MasterCard, and intimate dinners like A Dinner with David Bouley, Isao Yamada and Eiji Ichimura, part of the Bank of America Dinner Series. The founder, sponsor, and exclusive drink supplier of the festival is Southern Wine & Spirits, the largest wine and spirits distributor in the United States. The face of the festival is that company's vice president of corporate communications and national events, Lee Brian Schrager. That the NYCWFF is a clusterfuck of brand activation, an orgy of cross-promotion, and a hot mess of marketing is something with which even its most ardent supporters would agree.

To enter into the vast 130,000-square-foot Grand Tasting presented by ShopRite featuring Samsung® Culinary Demonstrations presented by MasterCard is to be assaulted by logos. I, like millions of others feeling the Bern, find the experience of capitalist hokum being thrust upon me to be unruffling. But I have to admit, after attending maybe seven or eight Grand Tastings, both in New York and in Miami, I have never once heard any paying guest complain. Instead, they happily meander, nosh, wine glass around their neck, weaving increasingly tottering paths. The sight of inebriated men in wide-collared striped shirts and women in tight-fitting dresses stumbling out of tents is well-known to festival watchers. It's like the human Perseids.

Drunk humans, though, aren't the only problem. There also are dead animals. Here's a fun fact from the festival's enlightening 2014 Year in Review: "In seven years, we've served 33 tons of meat and enough beer to fill three average-sized swimming pools." NYCWFF events are characterized by proud hedonistic gluttony as fun as that fact is. After a 2014 event held in South Beach called "Moët Hennessy's The Q presented by Creekstone Farms sponsored by MIAMI magazine hosted by Michael Symon featuring the 2014 Sports Illustrated Swimsuit Models," I received a fact sheet that boasted of the "more than 40 of America's best chefs, who traveled a combined 40,370 miles to participate in the event," of the 2.4 miles of plastic film used, and of the four tons of protein served, including "1,500 pounds of brisket, 25 pig heads, two whole hogs, 1,000 chicken thighs, 1,000 pounds of short ribs, 350 pounds of beef cheek, and 10 gallons of mayonnaise."

"Misogyny, gluttony, excess, and greed notwithstanding, the fundamental question is who wins and who loses."

I remember that night. There were two distinct takeaways from evening: One, we treat women like meat. Two, we treat our meat poorly. The point is, events like these aren't just harmless fun. Eating has consequences, how and what we eat reflects who we are and helps to create the world in which we live. Nearly two-and-a-half miles of plastic film, four tons of protein, a cadre of nearly naked women? That's not a bash. It's an inferno.

Misogyny, gluttony, excess, and greed notwithstanding, the fundamental question is who wins and who loses. Is the New York City Wine & Food Festival, in other words, a zero-sum game? If, for instance, an attendee pays the NYCWFF $225 to attend the Grand Tasting, and KitchenAid pays NYCWFF to have access to that attendee, who really loses? As long as all parties are consenting, that ménage is unassailable.

And, in fact, in general, this idea — that the interests of a brand and the interests of a consumer align — is a fundamental and healthy part of our culture. It is the seed of branded content which, when done well, improves the lives of its readers and the bottom lines of the sponsor. But admit, too, the possibility of an arrangement existing in which all parties are consenting and satisfied yet which is nevertheless bad: Money and politics, Kylie and Tyga. No, no. The alliance between these entities, though self-serving, is not nearly as nefarious as that. It all depends on what pleasures and what experiences are being offered. The support of a museum dedicated to food and drink, brought to you by — for instance — Infiniti and Eater, isn't icky precisely because the event itself is virtuous. But little virtue can be found in the debauchery of most festival events. 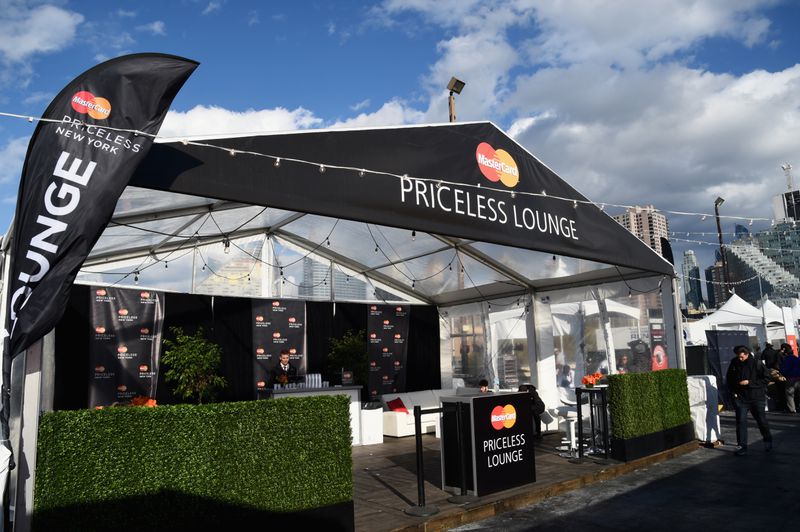 Even with that qualm resolved, there is some gnarly shit going down. Some of it has to do with the well-known fact — at least among the industry — that the festival leadership asks the vast majority of the chefs who travel those 40,370 miles to shoulder their own expenses. Some of it has to do with a reliance, at least in South Beach, on free student labor from Florida International University — whose own 2012 internal audit of the festival is a truly fascinating tale of mismanagement — and 3,000 volunteers here in New York City.

Here's the root of it: $1 million — which is the preliminary estimate for funds raised at the 2015 NYCWFF — is a lot of money, and it's truly a wonderful thing to fight hunger. But it is still too paltry a fig leaf for what goes on at the festival, especially when one considers what they take in — that is, what they could be donating. In 2014, for instance, Southern Wine & Spirits raked in $5.1 million in ticket sales and $4.3 million in sponsorship sales. It donated just $2 million to the festival's benefactor: the Chaplin School of Hospitality & Tourism Management and Southern Wine & Spirits Beverage Management Center at Florida International University. That's just 21 cents on the dollar. For an idea of scale, Charity Navigator, a site that rates the financial health of charities, writes, "We believe that those [charities] spending less than a third of their budget on program expenses are simply not living up to their missions."

"Would so many chefs, sponsors, and attendees participate in such an exploitative endeavor without a charitable component to run moral interference? I doubt it."

Of course, the festival is not a charity (though it is a nonprofit corporation) and needn't be saddled with the same virtuous expectation of low overhead. But if the activities of which it consisted were more benign — with less wastage, less open greed, less gluttony — the dissonance between what it actually values and what it purportedly values wouldn't be so jarring. Stuffing ones face while fighting hunger just doesn't sit well.

The even more deleterious effect of that charitable giving — and one reason it so prominently features in all the marketing material — is that that it's feasible these festivals have allowed themselves to balloon into parodic gluttony because they have this $1 million to $2 million fig leaf. If this is the case, the donation doesn't simply cover the naked sin, but actually enables more of it. Would so many chefs, so many sponsors, so many attendees participate in such an exploitative endeavor without a charitable component to run moral interference? I doubt it.

It's easy to respond to any complaints with the verifiable and wonderful retort: We don't think the kids who otherwise would be hungry care one way or the other what the festival is like. That, of course, is true. But it also isn't an excuse. Worse, it uses the disadvantaged as human shields to deflect any incoming criticism. It uses charitable giving as carte blanche to act uncharitably. So next year, when the signs come out again and the banners are unfurled and the burger bash tickets go on sale for another $225, why not stay home and donate that money — or hell, 21 percent of it at least — directly to a charity. There'll be fewer lines to wait in and less hell to pay.