Consider the Marshmallow: Why Contentment Evades Us 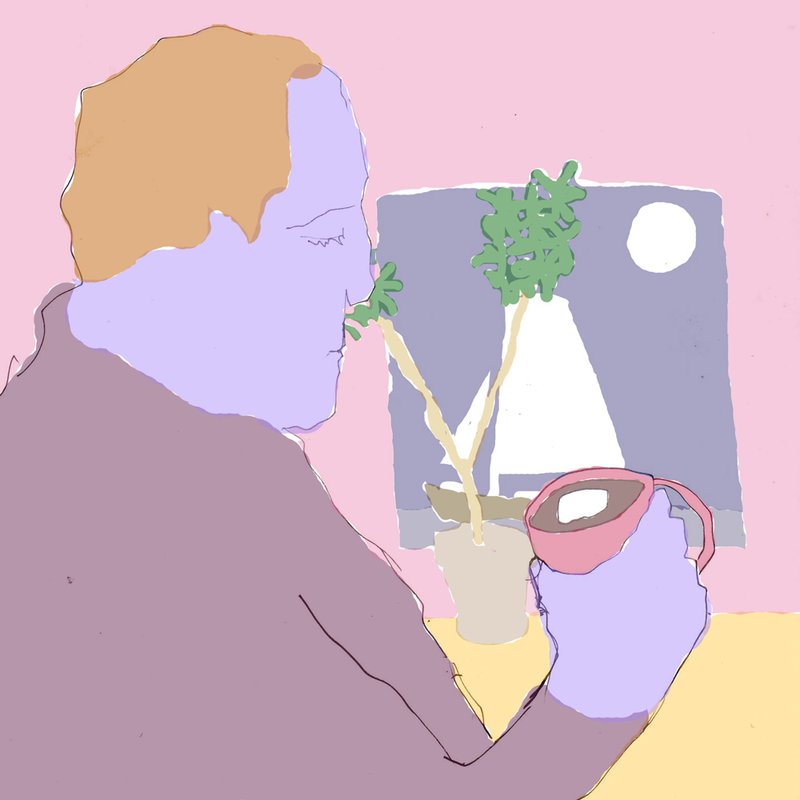 O, fluffy, floating island of happiness, you have bedeviled man for millennia.

At this time of a year, in the opening lines of a new one, we gather our loved ones about us, sit near a fireplace if we have one, and a video of a fireplace if we don’t, to compare what we had hoped would happen in the last year with what actually occurred. This past year, for many of us the Venn diagram of hope and happened stares back at us, two circles estranged and owly. We also, with somewhat more jollity, begin construction on the scaffolding of our hopes for the year to come. Should the world abide by our blueprints for it, in exactly a year’s time, we shall return to this spot, cozier and happier.

Often—at least in places that have winter—this exercise of introspection and projection is done against a snowy backdrop amid frigid temperatures. Tree branches are encased in ice. Driveways enrobed in snowfall. The chains on the tires have been put to use. The luckiest among us hold in our hands a mug of hot chocolate.

If we have been so fortunate that all of the conditions above have been met—alive, fire, family, snow, mug—we might venture to hope for the presence of a marshmallow, to sit atop our hot chocolate like a sugary buoy. So now is the time, gazing into the fire crackling and waiting for the cocoa to cool, that we might for a moment consider the marshmallow.

O, fluffy, floating island of happiness, you have bedeviled man for millennia. The Ancient Egyptians once served you mixed with honey to their kings. That historical mallow came from the roots of a medicinal plant, the Althaea officinalis, a handsome flowering shrub which grew wild in the marshes of Europe, Asia and North Africa. It is—along with olives and endives—what Roman poet Horace pretty much lived on, or so he wrote in his Odes. The mallow salves sore throats and makes us pee.

For centuries the marshmallow floated by until, halfway between medicinal herb and confection. Then, in the 1800s, during a period of high marshmallow dander, candy makers in France replaced the marshmallow extract with the more affordable gelatin. Henceforth, the marshmallow ceased its medicinal purpose and became only a sweet.

By the 1900s, the marshmallow had arrived in the United States and a half-century later, a Los Angeles-based marshmallow mould-maker named Alex Doumak invented a marshmallow extrusion process which allowed many of thousands of marshmallows to be produced every hour and thereby completing the evolution of the marshmallow from a thing made by nature by hand to a thing processed almost entirely by machine. Doumak’s company still makes thousands of marshmallows—puffy with sucrose and corn syrup and sugar held by gelatin but mostly made with air—but Nestlé and Kraft make millions more. Americans spend $125 million a year on filling their cupboards and campfires and most importantly hot cocoa with 90 tons of the things.

But fuck marshmallows are delicious. Tiny plinths of pleasure, they hold atop their pillowy head the promise of sweet abandon. Man-made sure, but the Eiffel Tower is man-made and all of art is man-made, Chartres is man-made and Chance the Rapper’s mixtapes are man-made so man-made doesn’t preclude the divine. We bring our mug to our lips, tilt it to our mouths with the full and eager expectation of marshmallow satisfaction.

And yet, what happens? We know what. As the cup tilteth over, the marshmallow evades our capture. Like a bubble in a level or a bunch of grapes in Greek mythology, the marshmallow escapes our capture. Coy, it floats away to the upper rim. We try again. Again, no win. By a quirk of physics and fluff, the tiny air bubbles which imbue marshmallows with their tender flesh-like form ensure they will always frustrate us in our pursuit.

Simultaneously the heat of the cocoa works to dissolve the sugars that keep the mallow whole. So, not only are we frustrated that the marshmallow does not bend towards our will but we are painfully aware that the marshmallow itself is impermanent. Naturally, we begin to panic.

We begin to assign this marshmallow undue and numinous meaning. If only we can capture it, our cocoa will be perfect. And with perfect hot cocoa on a cold day, nothing is unattainable. Happiness is at our lips, so close we can taste it. So we raise the mug again and again in an ever more foul mood. The hot chocolate goes from sweet to bittersweet to bitter. Any remnant comfort it proffered acidulates into frustration. Neither the cocoa nor the fire nor the company offers much warmth anymore. For all we see is the marshmallow retreating and with it our hopes for satisfaction.

The pursuit is, of course, futile. And contrary to Camus, it does not seem that we can imagine ourselves happy sipping Sisyphi. “The struggle itself toward the heights is enough to fill a man's heart,” he wrote. But Camus never had a mug of hot cocoa. (He preferred coffee and cigarettes.) The struggle for the marshmallow is not similarly edifying. It sucks eggs.

There is, however, good news. For the truth is, the marshmallow in the hot cocoa is not a problem. It is we who placed it there and we who tilt the cup and we who grimace as it glides away and we who think, as we gulp the cocoa down in the meanwhile, that if only we can capture it then we’ll have the perfect sip of hot cocoa. Therefore, it is we who can change that too. And we should, before the cocoa is all gone and only embers fill the hearth.